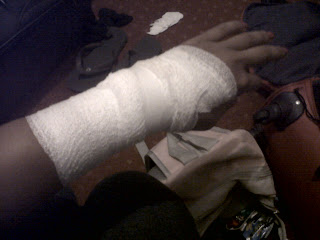 Had a nice long sleep ready for PARAGLIDING!! :)
After the best breakfast of beans, toast and hash browns I got ready to jump off a mountain!

At 11 we drove to the paragliding place, I was pretty nervous but tried not to think about it. We went to the top of a mountain in a cable car, it was soooo high! Got to the top, got strapped up to my flying partner and was told to run after the count of 3.

To cut a long story short I didn't run for long enough, fell over and got dragged down the mountain!! I actually thought I was gonna die! I sprained my wrist!

Anyway, attempt number 2 was good. I never felt so releived to be in the air! It was amazing! Just felt like sitting in mid air falling really slowly. He did circles in the air it felt like a rollercoaster!

Afterwards went to a restaurant and got lost lol, eventually found our accomodation and I went to sleep! I was seriously battered!

Woke up later and tried to go bar but it was shut, we just hung around outside for a bit drinking random alcohol and went bed :) 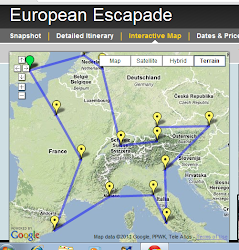